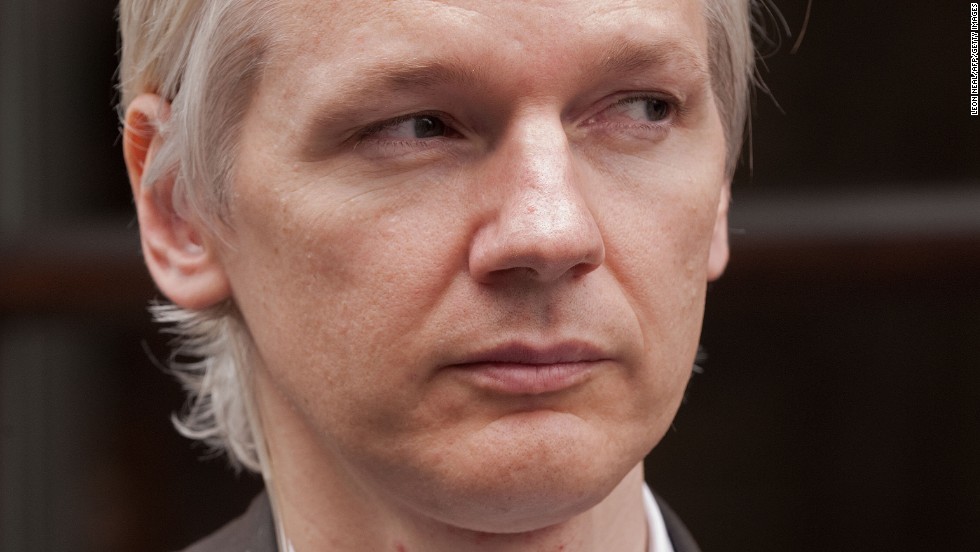 Australian founder of whistleblowing website, 'WikiLeaks', Julian Assange speaks to media after giving a press conference in London on July 26, 2010. The founder of a website which published tens of thousands of leaked military files about the war in Afghanistan said Monday they showed that the "course of the war needs to change". In all, some 92,000 documents dating back to 2004 were released by the whistleblowers' website Wikileaks to the New York Times, Britain's Guardian newspaper, and Germany's Der Spiegel news weekly. Assange also used a press conference in London to dismiss the White House's furious reaction to the disclosures. AFP PHOTO/Leon Neal (Photo credit should read LEON NEAL/AFP/Getty Images)